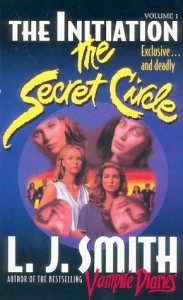 Synopsis : The Circle’s Power has Lured Her Home…

Cassie must confront a shattering challenge: an ordeal that could cost her life or gain her more than she’s ever imagined…

Charmed by the Secret Circle, she’s initiated into the mysterious “in crowd,” a coven of young witches whose power has controlled New Salem for three hundred years.

Hopelessly in love with the coven leader’s boyfriend, Cassie risks falling prey to dark powers in order to have him. But if she does, her endless love could destroy the coven, New Salem, and her! …And She Will Emerge the Leader or Perish!

Synopsis : Can The Secret Circle Survive…Lured into the most popular in-crowd imaginable, Cassie is intoxicated by her newfound strength, a power as addictive as it is perilous.

Caught between two members’ consuming desires to use the coven’s mysterious force, Cassie turns to one of their boyfriends, Adam–and falls captive to her own dangerous love.

Bewitched by the promise of love through magic, Cassie captures Adam’s heart and upsets the delicate balance of power, unleashing a storm of fury no one anticipates. Or Will The Dark Struggle Of Good, Evil, And Tormented Love Consume Them All? 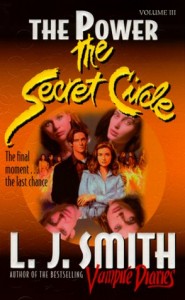 Synopsis : In So Deadly A Battle…United at last with Diana, the mistress of her coven, Cassie must first sacrifice her love for Adam to save the Secret Circle and the town of New Salem from the evil powers of the witch Faye.

Threatened by the possibility of her destruction in a final battle between good and evil, Cassie must hope that her supernatural gifts are strong enough to obliterate the powers of evil.

If victorious, Cassie will win more than she ever dreamed. But if she and Diana fail, the Power will go to those who seek only to destroy.

One Response to: Originální trilogie